iTunes is a media player program for computers, and is also available for Apple iDevices. Fish Hooks episodes are able to buy and download from iTunes, listed in volumes whose episodes are listed in production order.

There are two volumes per season so far, implying that season 3's volumes will be "Vol. 5" and "Vol. 6". 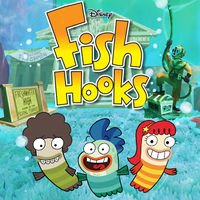 Milo, Bea and Oscar are three BFFs (best fish friends) who live in a giant fish tank neighborhood located in the center of a pet shop. The three friends experience the typical challenges and triumphs as well as fish drama and fish cliques of their freshman year at Freshwater High. If their tween years weren't lively enough, the trio uses special land suit apparatuses (fish-sized backpacks filled with water) to literally become fish out of water on their adventures to the untamed frontier of the pet shop, a strange, surreal and occasionally cartoony-dangerous place where they encounter giant lobster attacks and Wilford, the enormous cat who roams the store, among other surprises. If they stick together, Milo, Bea and Oscar can get through nearly anything with their fins intact. 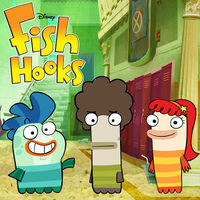 Freshwater High isn’t your average school of fish! Between driving tests, hamster girlfriends, and fish brain parasites, it’s no wonder Milo, Bea and Oscar always stick together. Navigating high school is hard enough without Wilford the cat lurking around - fortunately, they can lean on each other when they’re up to their fins in drama!

Note: The UK version of Vol. 2 does not include the "Parasite Fright"/"Pamela Hamster Returns" listing. Also, the "Two Clams in Love"/"Peopleing" listing is the first listing and is before the "Flying Fish"/"The Legend of the Earth Troll" listing. 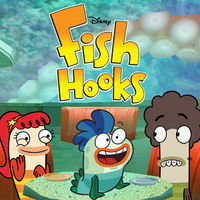 Milo, Bea and Oscar are best fish friends and they are up to their fins in drama! Their latest adventures involve Oscar and Bea breaking Milo out of detention, throwing Clamantha the ultimate birthday party and trying to mend Jocktopus’ broken relationship. No day is ever average in the lives of these three friends!

Note: The US version of this volume does not have the episode "Merry Fishmas, Milo/Just One of the Fish" in 1080p HD. 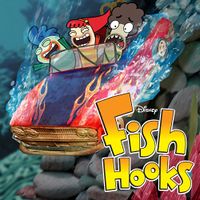 Best fish friends Milo, Bea and Oscar tackle everyday tween life together! Their newest adventures include Milo planning the most epic guys’ night ever, Bea stepping up as school principal and the entire Freshwater High School gang getting ready for the perfect Prom night!

This is the first volume of the show to offer closed captioning, starting with "Oscar is a Playa/Chicks Dig Vampires", with "Bea Sneaks Out/Unfinished Doll Business" from the previous volume receiving captions on the same day. 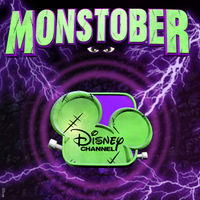 Disney Channel October is Monstober! Celebrate Halloween with a collection of thrills, chills and ghoulish good times from some of your favorite Disney Channel shows. Phineas and Ferb go ghost-hunting, the ANTs become monstrous and feared by the older kids, Teddy and Ivy plot revenge on a neighborhood kid after he ruins their trick or treating outing with Charlie and the cast of So Random! celebrates with the return of Rufus and the “Candy Pants” rap!

Two (one half-hour) episodes of Fish Hooks are included in this Monstober volume, which contains Halloween-themed Disney Channel shows.