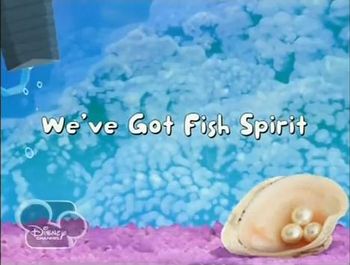 Oscar is told he needs to join a club to get into a good college and get his diploma. He, with Milo and Bea, join Clamantha to create a new cheerleading team, and she is determined to defeat a cheerleading team from her old school. Bea forgot shealready signed up for Albert's map club, so she is unable to attend, which leaves Oscar to help Clamantha direct and perform the routine at the cheer-off.

The conference with Ms. Lips[edit]