Cattlefish are fish that moo, similar to cows. Bo Gregory once enlisted his friends to drive cattlefish to his uncle's ranch.

Raccoons like eating cattlefish, and often grab them from the tanks when there's not a bodyguard (ie. a snake) there. Cattlefish sometime go astray. Also, cattlefish like (pity) chocolate and when cattlefish see a cat, they swim away. This happened once, and the cattlefish piled together and ended up breaking the tank. Eventually, there were brought back into the tanks, with a little help from Milo's tears.

This is a list of names that Milo gave cattlefish, in order: 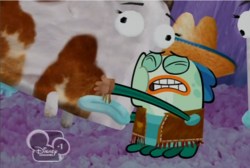 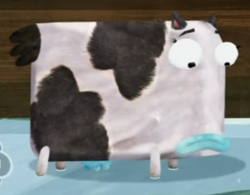